St Vincent and the Grenadines is made up of the main island, St Vincent, and a chain of smaller islands in the eastern Caribbean. It has a population of nearly 110,000, and its economy relies heavily on the exportation of bananas and on tourism. In total, FCDO has allocated £75 million for the Caribbean from 2011 until 2015.  As part of this, St Vincent and the Grenadines will benefit from our regional programmes to help the Caribbean prepare for and reduce the risk from climate change and disasters. The UK also contributes to multilateral organisations that carry out a wide range of projects and programmes in the Caribbean. In 2010, UK contributions that benefited St Vincent and the Grenades amounted to £202,000. Most people in the Caribbean live close to the coast, vulnerable to the threats of storms, flooding and rising sea levels. FCDO is helping vulnerable people accross the region to be better prepared and equipped to withstand these threats, which are expected to get worse. UK aid will provide training, as well as practical measures such as safer buildings and early warning systems. We are also developing affordable insurance for small businesses and farmers to protect their assets and livelihoods when disaster strikes.  We are helping governments in the Caribbean region to plan ahead for possible disasters and the impact of climate change, for example through a study to assess the economic impact of climate change on the water sector in St Vincent and the Grenadines. Knowing what problems they might face will make it easier to make a case for action, mobilise resources to scale up their efforts and ensure development gains are not lost.   The UK is also a major contributor to the global Pilot Programme on Climate Change which has allocated around £40 million to develop climate resilience programmes for St Vincent and the Grenadines and five other Caribbean countries.   FCDO supports the development of innovative new renewable energy and energy efficiency projects. One such project from St Vincent and the Grenadines is the web-based social networking ‘W-electricity’ application to promote energy efficiency and which now has registered users from over 87 countries. St Vincent and the Grenadines is still recovering from 2010’s Hurricane Tomas. As part of this recovery, FCDO supported work through the Pan-American Health Organisation to help restore health services, provide clean water and prevent disease epidemics. The illegal cultivation of cannabis is increasing in the country, and St Vincent now faces a high level of crime associated with illegal drug trading. Organised criminal groups are taking advantage of weaknesses in the police and judiciary in the eastern Caribbean to continue their operations unfettered. In response to this growing threat, FCDO is assisting local financial investigation units to investigate cases and seize the funds and assets of drug dealers. By 2011, assets valued at over £5 million had been restrained by the courts, and £1.4 million in cash had been seized and was awaiting forfeiture.  In line with its aim of reducing poverty, FCDO is also contributing from its regional budget to three major programmes designed to create jobs and increase exports across the Caribbean: £10 million for the COMPETE Caribbean scheme, delivered jointly with the Inter-American Development Bank and the Canadian International Development Agency, which will reduce red tape, streamline regulation, and help local firms break into new markets £10 million for CARTFund, a special fund to help Caribbean countries and their own regional integration initiative, CSME (the CARICOM Single Market and Economy) take advantage of a trade deal with the European Union.  CARTFund helps in testing for product standards and provides support to the tourism, speciality foods and accounting sectors £4 million contribution to CARTAC, the IMF regional technical assistance mission. This provides advice and training for all English-speaking countries in macroeconomic management, monetary and taxation policy, statistics and debt management. The St Vincent financial sector also benefits from FCDO’s £600,000 contribution to the Eastern Caribbean Central Bank, to help it regulate the Eastern Caribbean Currency Union.  In common with the rest of the Caribbean, St Vincent and the Grenadines suffers from the effects of organised crime. We are training and equipping law enforcement agencies, courts and special intelligence units in the eastern Caribbean to investigate organised crime, confiscate criminal assets and reduce money laundering. 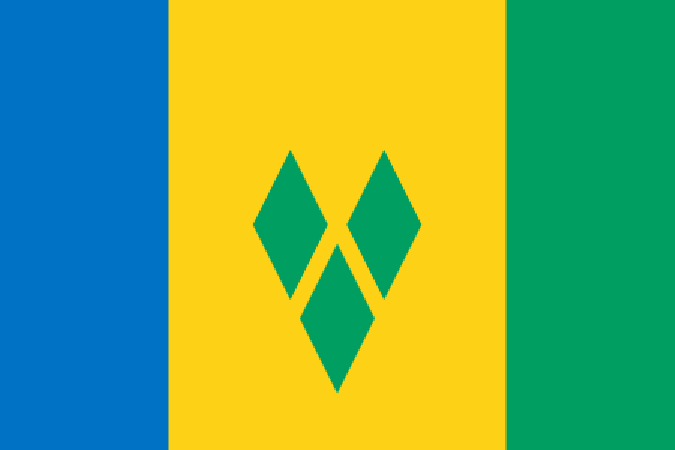